Rogation Days: Praying the Bounds of a Warming World 2016

This 2016 version of what has become an annual Rogation Days post includes an update on CO2 emissions and a look at our trend of record-breaking warmth. While the past year has seen some encouraging developments — the Paris talks on a global scale and the General Convention of the Episcopal Church voting for major funds to divest from fossil fuels on a smaller scale — the importance of these developments lies more in the realm of increasing awareness and acknowledgment that we do have a crisis on our hands rather than in the realm of the sorts of big and enforceable changes in policies and practices that would be most effective in mitigating global warming.
The great hope is that we might reach a tipping point of social and political will that precipitates those big changes before we reach more tipping points in the unfolding rise in global temperatures. Along with praying the bounds or limits of our biosphere, we need to be praying fervently for collective wisdom and courage in our common life.
Rogation Days: Praying the Bounds of a Warming World 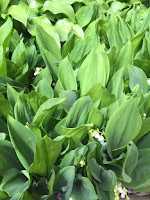 The traditional English celebration of Rogation Days, the three days preceding Ascension Day, included a procession around the boundaries of the parish (often coextensive with the boundaries of a village). At stops along the boundaries, the congregation prayed for the welfare of the village and especially for a good growing season, and the priest blessed the fields. The procession stopped several times for these prayers and blessings, often at important landmarks along the boundaries of the parish. Along with an occasion for prayer and blessings, walking the bounds or beating the bounds also ensured a public memory and a clear public proclamation of exactly where boundaries lay. Ensuring clarity of the boundaries eliminated disputes and gave everyone a common understanding of the bounds of the parish.
The Book of Common Prayer for the Episcopal Church adapts the tradition to our time and place by focusing on traditional rural concerns for the growing season the first day, commerce and industry the second day, and stewardship of creation the third day. In this way, the custom of offering prayers and blessings on the Rogation Days has been preserved in a meaningful way for our context. But since we aren’t living in old English villages, the traditions of creating awareness of boundaries and blessing the bounds has been lost along the way. Some Episcopal parishes process around a neighborhood, community garden, or large church property or drive out into the country to bless a parishioner’s fields, allowing the tradition of praying these prayers outdoors with a festive procession to continue, but any “bounds” that are walked lack the importance of the boundaries that were both declared and blessed in earlier times.
In this era of accelerated global warming, however, we might begin a new Rogation custom of observing and praying the bounds or limits of our biosphere. Through our lack of awareness of the limits of the amounts of greenhouse gases that can be released into our atmosphere without jeopardizing life on Earth, we have made our bounds smaller. Each year the world fails to significantly cut greenhouse gas emissions and acknowledge the laws of chemistry and physics that determine the limits of our biosphere for human life, we leave ourselves less room for solutions that allow us to continue to live and live well. Our inaction is pulling the bounds tighter, leaving us less and less wiggle room.
During the Rogation Days, we might prayerfully study the current state of global warming and pray about the bounds or limits we discover.
Here is a place to start in considering our bounds or limits. It’s too early in May to have all the averages for the amount of carbon dioxide in the atmosphere for April, but we do have some sobering information. (Remember that the upper safe limit of atmospheric carbon dioxide to sustain life as we have known it on this planet is 350 ppm.) The highest-ever daily average of CO2 recorded at the Mauna Loa observatory was 409.44 ppm on April 9 of this year. (Second highest was on April 8: 409.39 ppm. The highest daily peak recorded at Mauna Loa for all of 2015 was 404.84 ppm on April 13 of that year.)
Ralph Keeling, the director of the Scripps CO2 Group, commented on the April record-breaking CO2 concentrations:

The larger story remains that Earth hasn’t seen levels this high in at least several million years.  Unless fossil fuel emissions soon drop significantly below current levels, I expect CO2 levels will surpass the 450 mark by around 2035 and the 500 mark around 2065.

Barring some major breakthrough that allows excess CO2 to be scrubbed from the air, it is currently an impossibility for us to reach the target of 350 ppm that many consider the threshold of dangerous climate change effects.  I expect it will take at least 1,000 years before CO2 drops again below 350 ppm.

NOAA’s State of the Climate report for March 2016 tells a story of record global warmth. Globally, the first three months of 2016 were the warmest January-March period on record. Even more striking is this:

January–March 2016 also marks the highest departure from average for any three-month period on record. This record has been broken for seven consecutive months, since the July–September 2015 period.**

Our bounds are indeed being pulled tighter, and yet the urgency of the situation does not seem to be reflected in our national conversation either in the political sphere or in the religious sphere.
We need to put significant limits on emissions of carbon dioxide, methane, and other greenhouse gases around the world to mitigate global warming. We can acknowledge the need for those limits and pray about them. As temperatures rise we are experiencing all sorts of big changes that place further limits on human activity. Agriculture is impacted, marine ecosystems suffer, and people are forced to leave places that have become uninhabitable because of rising seas, extreme temperatures, or lack of water. These are our new bounds, the limits within which we will try to live and continue to love one another and love God. Prayer and mindful meditation about those limits is one of the great gifts people of faith can offer now. 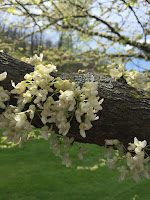 If we pray about those bounds and mindfully accept them, we may be able to find blessing there as well. A clear public proclamation of these limits coupled with a blessing of all living things inside these new bounds brings Rogation Days out of the realm of quaint Anglican history and into the heart of what Christ calls us to do today.

For stewardship of creation
O merciful Creator, your hand is open wide to satisfy the needs of every living creature: Make us always thankful for your loving providence; and grant that we, remembering the account that we must one day give, may be faithful stewards of your good gifts; through Jesus Christ our Lord, who with you and the Holy Spirit live and reigns, one God, for ever and ever. Amen. (The Book of Common Prayer, p. 259, Collects for Rogation Days)
– Archdeacon Betsy Blake Bennett

**NOAA National Centers for Environmental Information, State of the Climate: Global Analysis for March 2016, published online April 2016, retrieved on May 3, 2016 from http://www.ncdc.noaa.gov/sotc/global/201603.