Published November 28, 2015 | By tneadmin
Thanksgiving Memories
This Thanksgiving weekend, a Facebook post from a friend in New Zealand sending good wishes to her friends celebrating Thanksgiving Day in the United States brought back memories of our family’s Thanksgiving celebrations when we lived in the Waikato region of New Zealand in the early 1980’s. Late November in New Zealand is late spring. The idea of giving thanks for the harvest was completely out of sync with our location, and many of our traditional Thanksgiving foods were hard to find there in the springtime, but we did our best to put together a small Thanksgiving feast that would give our children some idea of the holiday being celebrated back home in the U.S. 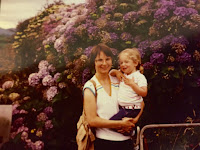 The first year we lived in New Zealand, talking to family members back home who were surprised that the fourth Thursday in November was a regular workday for my husband, and that I was having to be creative in the kitchen to try to produce anything resembling the meals they were having in Iowa and Ohio, was eye-opening. We all get so immersed in the way things are in our own corner of the world that sometimes we forget that not everyone’s lives are like our own. Of course, as soon as we began to explain and remind them that it was the equivalent of the end of May in the northern hemisphere for us and that Thanksgiving is an American holiday, people understood why things were so different where we lived. We all can understand that our own experiences in our locations are different from those of other people, but sometimes we forget that, especially when we live in a powerful and exceptionally wealthy nation.
The Paris Climate Summit
As our Thanksgiving celebration winds down in the United States, many people around the world are looking toward next week’s climate summit in Paris. These talks are critical. Some consider them the last chance for the nations of the world to take the necessary steps to address climate change in a significant and politically orderly way.
The stated goals of several large nations is finding a way to cut greenhouse gas emissions enough to limit warming to 2 degrees Celsius above pre-industrial levels. However, people in the Pacific particularly know that even that amount of warming will spell disaster for them, and they are asking for an agreement that has the goal of limiting warming to 1.5 degrees Celsius.
I hear a lot in our press about the goals of the United States and China and the European nations as the climate talks approach, but there are voices from the Pacific — and from other parts of the world as well — that need to heard. (See the Climate Vulnerable Forum website to learn about that partnership of countries most immediately vulnerable to a warming planet.) We can’t address a global problem if we forget about a large part of the world.
From the Church in the South Pacific
The Anglican Bishops representing Te Pihopatanga o Aotearoa, the Dioceses in New Zealand, and the Diocese of Polynesia have issued a statement urging the parties at the Paris conference “to work intently to secure a legally binding international agreement that limits global average temperature increase to below 1.5ºC above pre-industrial levels”. The Bishops remind us of what is happening in their part of the world, and then further remind us of Jesus’s core teaching of love for our neighbors:

Already the impacts of climate change are being acutely felt in the South Pacific. This year we have witnessed first-hand the devastation that climate change will visit upon our region through more intense cyclones, severe storm surges, saltwater intrusion, coastal erosion, and the bleaching of corals.

Jesus teaches us to love our neighbour and especially to show practical love to the poor and vulnerable, declaring that “whatever you did for one of the least of these brothers and sisters of mine, you did for me.” In this spirit, we believe that the needs of the Pacific Islands and other communities acutely vulnerable to climate impacts should set the terms for what is agreed at the Paris climate negotiations.

We are all connected. To address a global problem, we need to see that what affects people in one part of the world affects us as well, even if we live in a very different part of the world. What affects our brothers and sisters in Polynesia affects us in Nebraska!
A post with the headline Polynesian Archbishop on rising sea levels: “We’ll go first, but you will follow” from the Anglican Communion News Service quotes Archbishop Dr. Winston Halapua, the Bishop of Polynesia, telling why his concern to limit warming to 1.5 degrees Celsius is because of his concern for us as well as his concern for his own people:

The point I make is that, yes, we (here in the Pacific) are the first ones to go. But the others who think they will be OK – they’re kidding themselves. They will not be OK. Because we love the world . . . and because we love you, we are saying: alter your way of life.

My thought after reading the statement from the Bishops and the comments from Archbishop Halapua is that the Pacific voice must be heard, but the ACNS post says:

The Anglican Diocese of Waikato and Taranaki reports that a cross made in that diocese and blessed in the waters of the Waikato River will travel to the Paris conference with Bishop Graham Usher, one of the Church of England’s environmental bishops. It seems appropriate that a cross representing a region that has an important message for the rest of the world will be in Paris as the climate talks proceed. For us Christians, the cross represents the victory of the Crucified One over death. Jesus taught that the last will be first and the first will be last, something those of us in parts of the world that aren’t yet feeling the effects of climate change as much as others might keep in mind. Our own interests and our own way of viewing the world don’t give us the big picture we so urgently need to see.
Prayers
I ask your prayers.
Pray for everyone with a place at the table in Paris. Pray for them to have wisdom, the ability to see beyond their own spatial and temporal boundaries, and love for their global neighbors. Pray for the nations most immediately vulnerable to the negative effects of climate change, and pray for those of us whose less immediate experience may cloud our judgment.
And give thanks for our Christian sisters and brothers in the Pacific region who are speaking with clarity and wisdom and love at a critical time, and continual thanks for the beauty and diversity of the earth and its living things that give us joy and comfort even as we grieve what we have lost and are still losing.
Almighty and gracious Father, we give you thanks for the fruits of the earth in their season and for the labors of those who harvest them. Make us, we pray, faithful stewards of your great bounty, for the provision of our necessities and the relief of all who are in need, to the glory of your Name; through Jesus Christ our Lord, who lives and reigns with you and the Holy Spirit, one God, now and for ever. Amen. (Collect for Thanksgiving Day, The Book of Common Prayer, p. 246)
– Archdeacon Betsy Blake Bennett
Follow Betsy’s blog at http://nebraskagreensprouts.blogspot.com